When asked about their favorite animated movie, many kids will without any doubt name Finding Nemo. This animated feature is very popular even today, even though it came out more than 15 years ago. That is why we present to you our latest extension related to Nemo and the other characters that appear in this movie. It comes with amazing HD wallpapers that will completely transform your browser and give it a colorful and fresh new look. Moreover, our extension also comes with different features that will make your browsing easier and will improve it in general. 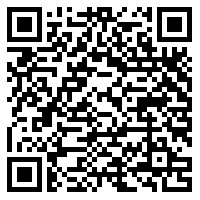 Finding Nemo is a computer animated adventure movie that comes from USA. It was produced by Pixar Animation Studios, while the Walt Disney Pictures released it. Andrew Stanton is a director as well as the writer behind it. The movie is very recognizable for its amazing voice cast that consists of Albert Brooks, Ellen DeGeneres, Alexander Gould and Willem Dafoe among many others. This is an interesting story about a clownfish called Marlin that is very protective of its son Nemo. Nemo gets kidnapped one day so Marlin has to do anything he can to find Nemo and bring him back to the ocean. His new friend a blue regal tang fish named Dory follows him along the way and the journey takes them all to the Sydney Harbour. Along his path, Marlin has to learn that life is consisted of risks, so eventually he has to bring his guard down and let Nemo take control of his own life.

Finding Nemo won an Academy Award for the Best Animated Feature. Moreover, it also got nominated for three more Academy Awards including the one for Best Original Screenplay. In general, it was the second highest-grossing movie in 2003 since it gained more than $870 million around the globe by the end of the theatrical run. Furthermore, Finding Nemo is a best-selling DVD of all times, selling more than 40 million copies by the end of 2006. In 2012, we even got a 3D version as well.
American Film Institute proclaimed it the 10th greatest animated film ever made. The sequel of Finding Nemo, named Finding Dory got released on 17th of June in 2016. The review aggregator website Rotten Tomatoes reported the 99% approval rating and a rating average of 8.7 out of 10.

The movie was quickly turned into an entire franchise. For example, a video game related to it got released in 2003, and people could play it on PC, Xbox, PlayStation 2, Nintendo GameCube and Game Boy Advance. In this game, the players had to complete different levels while playing as Nemo, Marlin or Dory. It includes some scenes from the movie.

It is interesting that Finding Nemo was the very first Pixar movie not scored by Randy Newman. Thomas Newman scored the original soundtrack album instead which was released on 20th of May in 2003. Album was also nominated for Academy Award for Original Music Score, however it lost to The Lord of the Rings: The Return of the King. It did however won Saturn Award for Best Animated Film, as well as the National Board of Review Award, Online Film Critics Society Award and Toronto Film Critics Association Award. Finding Nemo inspired numerous attractions at Disney Parks all around the world.

We put a great effort to make this extension. During the process, the user experience was the first thing that was on our mind. We labeled this update as 3.0.

Finding Nemo is secure and fast. Therefore, it will improve your browsing in general. It’s designed for people of all ages, therefore, there are zero restrictions. The extension can be downloaded by everyone and it is completely FREE.

You can always look up our site for more similar themes and extensions. Furthermore, we also suggest you to go to Chrome Web Store and search for extension labeled megathemes.

Finding Nemo is flexible and modular, just as all of others that we created. This means that there are modules and tabs that you can configure easy. By using the Settings panel, you can either show or hide them. We have also added the Must-Have Related Themes. This way, you will be able to discover the brand new and popular themes without leaving the tab.

The Features You Get

Wallpapers and Settings
­­­­­­­­­­­
Finding Nemo is full of HD as well as HQ wallpapers. They can feature arts, drawings or manips designed by different authors. A huge number of them is really popular.
Background module is incredibly easy. In order to use it, you just simply click on a “Star” located on the top of wallpaper’s thumbnail. By doing this, you’ll make it one of your favorites. Moreover, you can choose more of them if you want.

There are a few ways to shuffle wallpapers. There options are:
Shuffling all images
Shuffling only your favorite images
Making it random on each new tab

This is not all. Furthermore, you are even able to pick the transitions between the changes, or even choose the time in which you want your wallpaper changed automatically.

We want to help you stay productive. That is why in the upper left part of the screen, you’ll find added tabs. These include:

Most visited : a simple list of all of the sites you visited the most. This way, you’ll have a very easy navigation
Apps : the fast and simple way to approach the popular productivity tools and sites
Share : spread your love on different sites

One of our most popular features is definitely the Notes app. This app is simple and vary easy to use. By using it, you will be able to make quick reminders which will be shown on you browser window. You are also able to move them. You can do this by simply clicking and dragging them over the screen. When you complete your task, simply delete it. Notes can be shown or hidden by using Settings Panel.

This feature will help you stay updated with all of the thing important to you. You can set the alarm or make a list of essential stuff. This panel can also be turned on or off by using the Setting Panel.

The settings panel is very simple and very easy ti use. The new options also make it really powerful. With it, you will be able to control your entire browser tab. This means that you are actually able to hide all of the apps, or choose the one you need.

You can also pick animations or slideshows. Moreover, you can set the countdown for literally any topic.
Support links for FAQ, New Updates, Feedback page or Uninstall Extensions are located bellow the Settings, at the bottom right part of your screen.

You can always hit us up, if you have a request of some wallpaper or an extension. Just look up our Contact page.

We strongly encourage you to rate our extensions. You can leave your Five-star rating on Chrome Web Store. Just click on the rate link, located on the top left.

How To Remove the Extension?

If you want to remove our extension from your browser, just do the following:

You can also just Right-click on Finding Nemo in your toolbar and go to “Remove from Chrome…” Option.
The third way is to just click on Support tab placed in the right bottom and choose “Uninstall”

We are not representing any official app or any product. All of our extensions are made by the fans and intended for the fans. The extensions are completely free to use and are not sponsored or endorsed by the mentioned companies or their trademarks. Some part of our extensions might have ads. Because the wallpapers we use are found on the web, please contact us if you own the copyright and we will remove the image immediately.